You know how a duck looks pretty chill while he's floating past your canoe, but we all know that he's paddling like a maniac under the surface?

Yeah, I think that's the blog at the moment.

It's been pretty quiet around here but I have two really exciting, totally massive projects on the go, that have guaranteed me a very busy summer. I am excited to share it with you when it's all wrapped up, but in the interest of keeping this ravenous blog fed and content, here is some stuff! 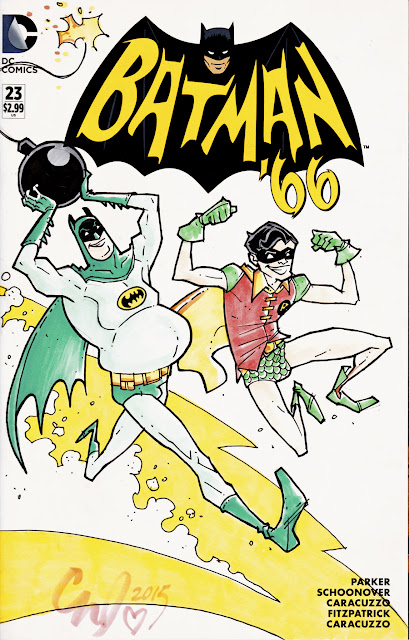 Another Alpha Comics Cover Challenge has come and gone, this one judged by Calgary's Own Scott Kowalchuk, of Batman '66 and Down. Set. Fight! fame. I snagged 3rd place for this one (which I slightly altered from the original.) I'm kicking myself for forgetting some Bat-Sweat Stains. You can see the list of mega talented contributors HERE. Congrats to Anna for another big win. She is kicking some major keester!

Here is a cast of characters I created for my buddy James Davidge's political group 1VoteMatters. It was a lot of fun getting to create these folks, especially Maurice the Moose, because how often do you get to draw such a smooth operator? Casanova with antlers...

My day job is with a company called Icom Productions, and I lucked out into a comic gig for one of our clients, Telus! They needed three comic strips created for a contest where kids submit scripts and characters and get them turned into real comic strips. It was fun working with the kids on these and I was quite pleased with the final results. 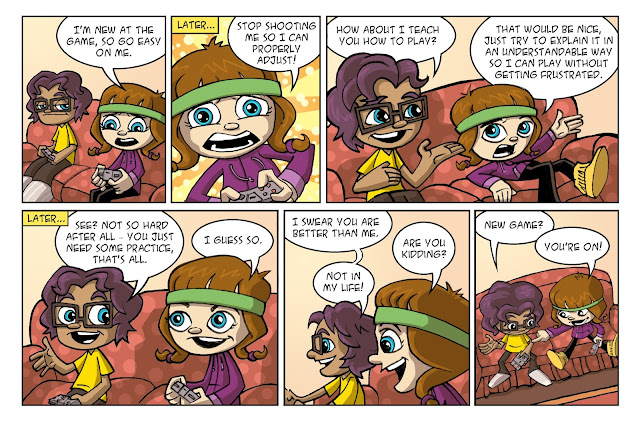 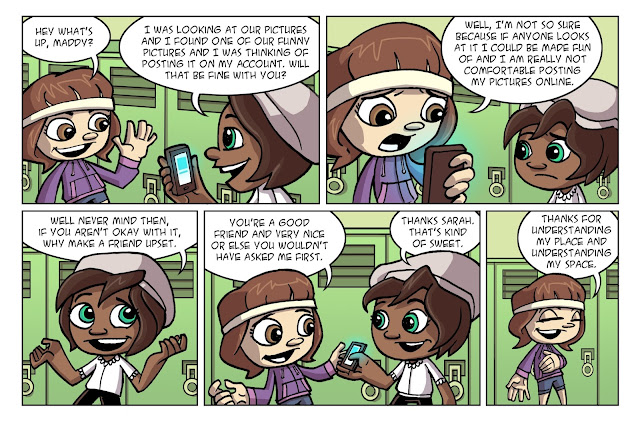 I recently did an interview with Beatroute magazine in support of a very cool documentary getting filmed here in Calgary, focusing on the Calgary comics scene. It has been my pleasure to be interviewed, along with my Wolf Hands cohort Justin Heggs, several times by these passionate filmmakers. The details for the film are found in the above link and they could really use your support for funding right now too. Here's the link to do just that:

And that's that for now. Hopefully I'll have some more updates for you soon! Until then, paddle on my brothers and sisters.