THE MAN BEHIND THE DINER: An Adaptation 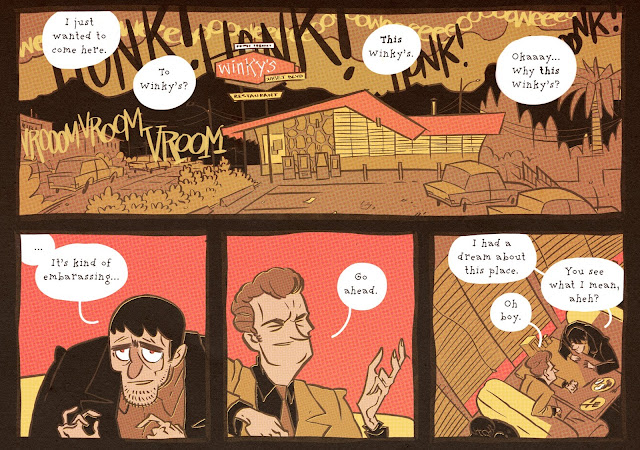 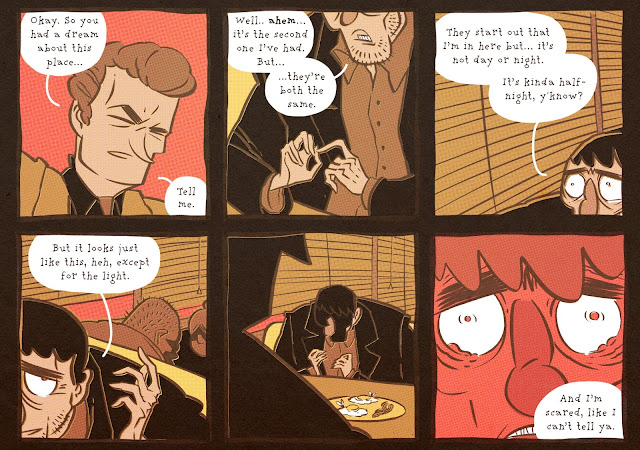 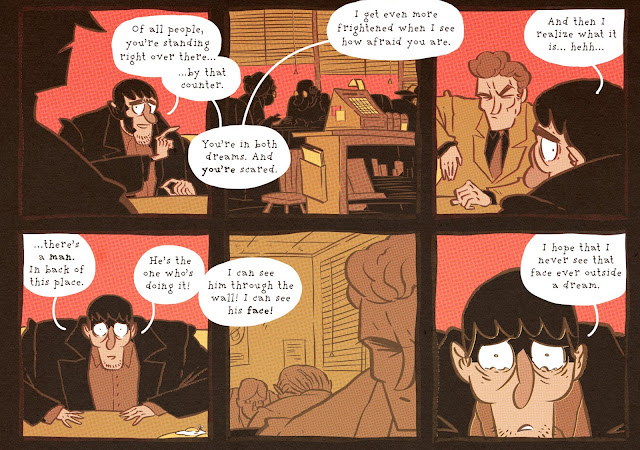 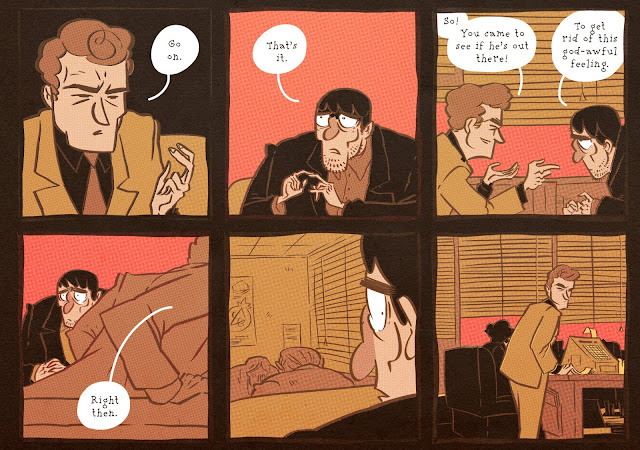 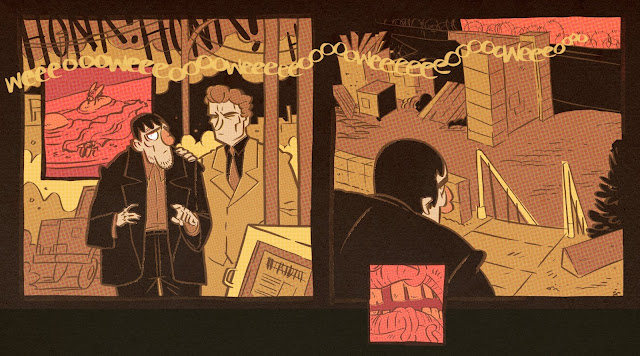 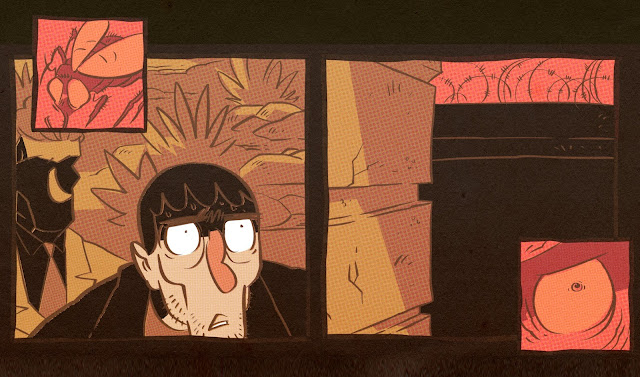 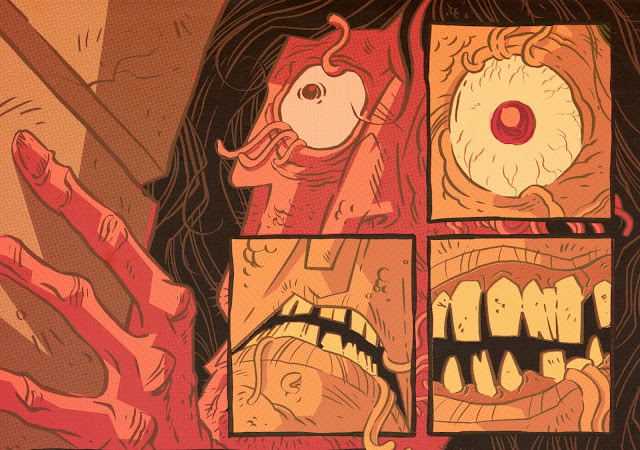 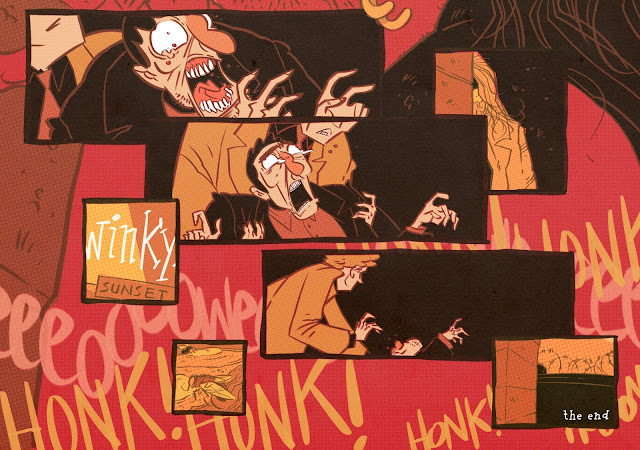 David Lynch's Mulholland Drive has haunted me since the first day I saw it nearly twenty years ago. This scene in particular filled me with more dread and terror than any horror film or ghost story I've encountered since then.

When I was offered the chance to adapt a scene from a film for my Comics & Film class at the University of Dundee, I leapt at the chance to adapt this scene. I've been such a huge fan of the horror genre for so long now that I really was itching to dive into more horror comics. It is a tough genre to tackle in the comics form; you don't have the benefit of sound effects, score, or jump scares to get the audience's blood pumping, so you have to get creative with pacing and colour to really develop a sense of dread, to shred the reader's nerves to bits.

Ripped from the context of the surrounding film, this scene takes on a life of its own. I'd love to get into the process of adapting this, I learned so damn much, but I still have a final essay due on Friday and time is ticking. But I fully intend to do a deep dive in the near future.

However, if you have a cabinet behind the chair, you should add the door width to this basic 42" figure so that the cabinet can be opened and closed easily. This extra room is not needed if you install sliding door cabinets. smalldiner.com