Aw yeah, here it is, my fave stage of making comics: inks! While I usually keep my line work as minimal and expressive as possible, I took on the challenge of adding in extra detail and texture for this comic. The stye of our main character remains stylized and cartooney, but I took extra care to add an extra level of realism to the backgrounds and fabric. My hope is that by starting in a semi-realistic, grounded place, the jump to a conceptual world that bends the laws of reality and physics will be even more jarring and overwhelming; to emphasize the contrast and create a more engaging story. 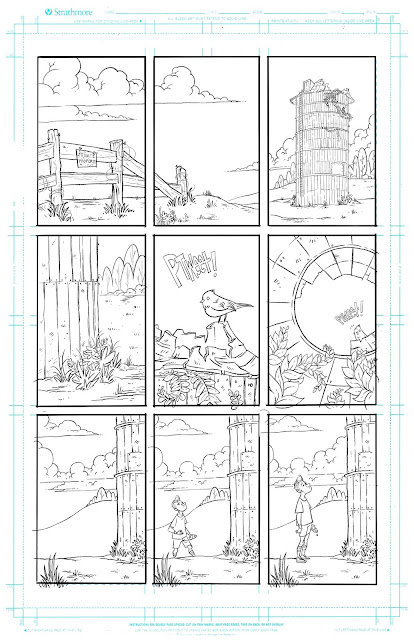 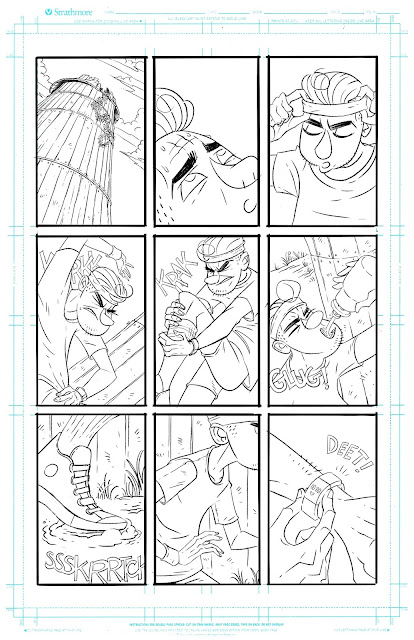 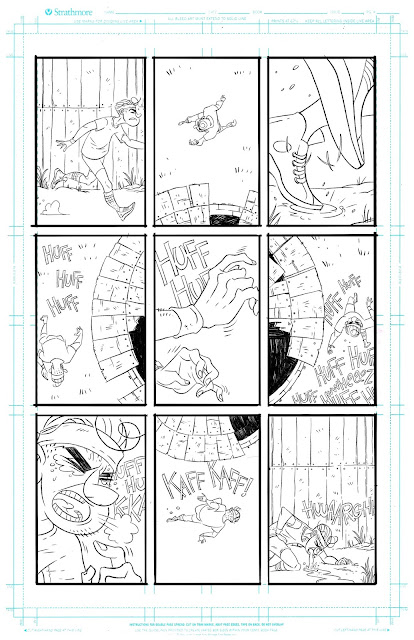 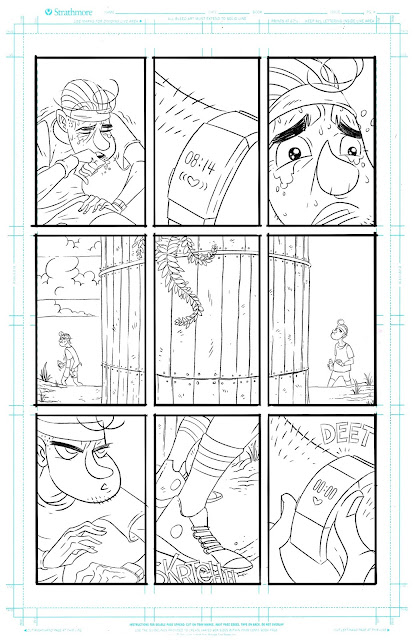 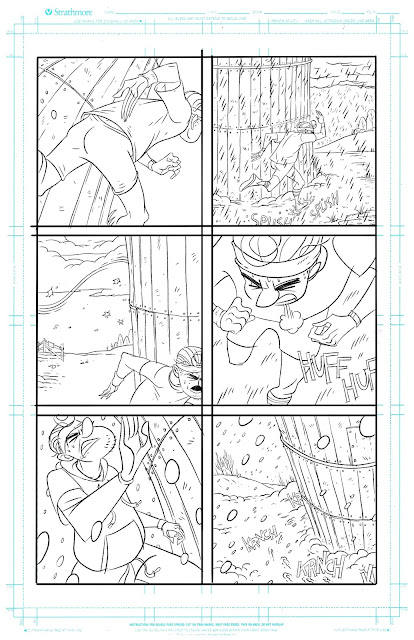 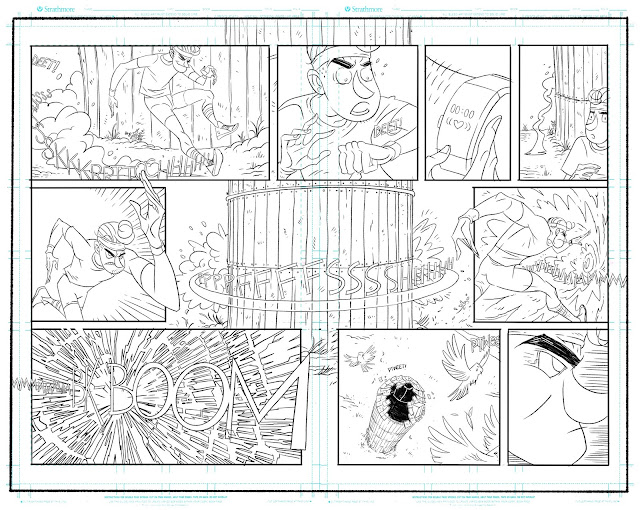 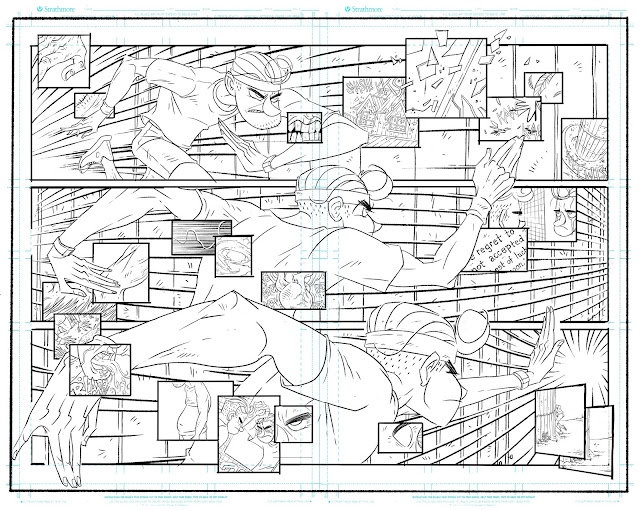 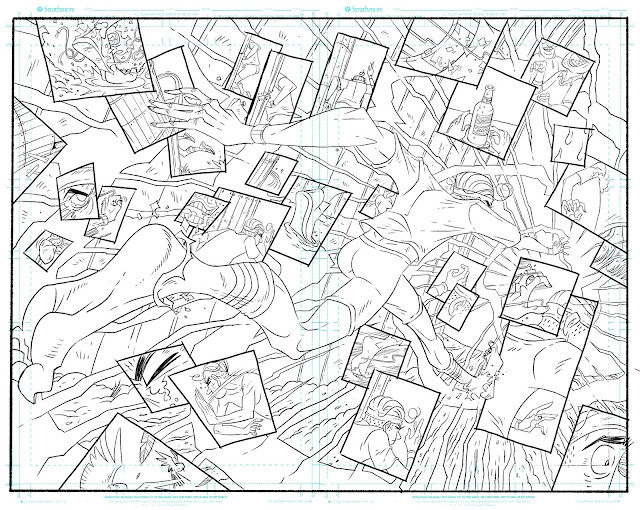 This is easily one of the most complex and ambitious comic pages I've ever attempted. There were a lot of layers to play around with, and the abundance of special effects and insert panels demanded that I pay attention to every detail, for fear of losing readability. The intent of the comic would be completely lost if the reader wasn't able to focus on anything clearly.

I was also silently cursing past-Nick (the guy who did the thumbnails) because, while he did lay out the location and size of the inset panels, he didn't bother to draw what would be in them. Trying to come up with the content of all these insets was a challenge, especially at this late stage. But hey, I think it worked out. 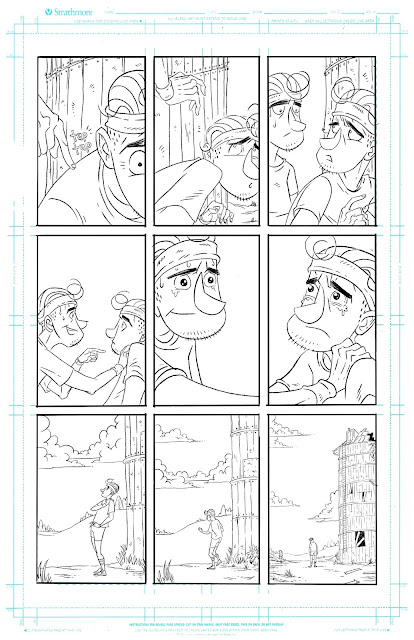 It was at this stage that I officially decided to remove all planned text and dialogue (with the exception of the final line). I felt that the events were unfolding quite clearly and I wanted to leave a bit of ambiguity with regards to the story of the inset panels, allowing for some interpretation on the part of the reader, giving them space to bring a part of themselves to the narrative. I've invested some personal moments and emotions into this aspect of the comic, and my hope is that it is open enough for others to relate to some of it.

Accepting gamers in South 메리트카지노 Korea, BK8 is another to supply both on line casino games and sports betting. So, whether it is on-line Roulette playing may be} in search of, BK8 could be be} for you. Both offline and on-line playing legal guidelines Korea has adopted are stringent relating to locals. There is only one|is simply one} land-based playing house in South Korea that they can legally visit.