There's Something About Your First Bite...

It brings me great pleasure to be able to announce (finally!) the project I've been working on since November of last year.... 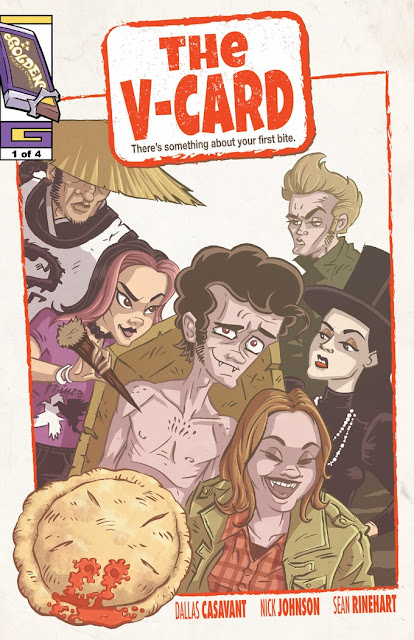 ...THE V-CARD! Written and funded by my mysterious benefactor, Dallas Casavant, with letters by Sean Rinehart! I've been describing it as "American Pie with vampires" and as you can see from the cover, we are leaning into that idea pretty damn hard.

THE CAPTIVE AUDIENCE: Dear God, Nick! Won't you stop your incessant yammering and tell us WHERE we can buy the damn book!?!

Issues 1 and 2 will be available in print this very weekend at the EDMONTON EXPO! Dallas will have copies at his table (TABLE 820/920), where I will be signing, sketching, and selling original art, throughout the weekend. Also, I will once again be hanging out in Artist Alley (TABLE H09) with my pal Sho Uehara, hawking copies of WISHLESS: A GRAPHIC ANTHOLOGY and LEIGHTON RELIQUARY!

Below is some preview art to get your eyeballs salivating! 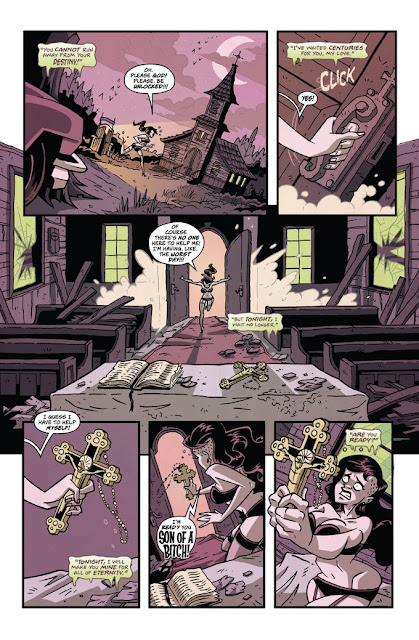 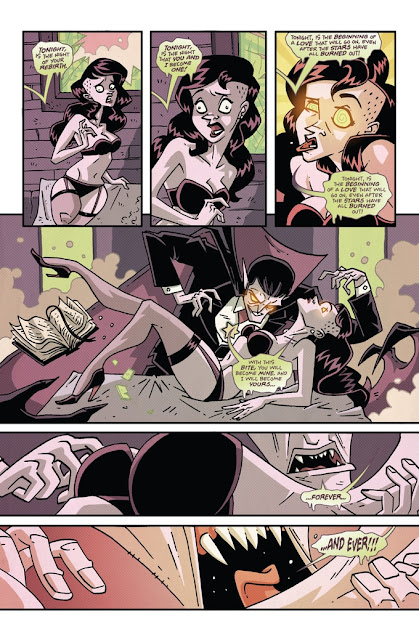 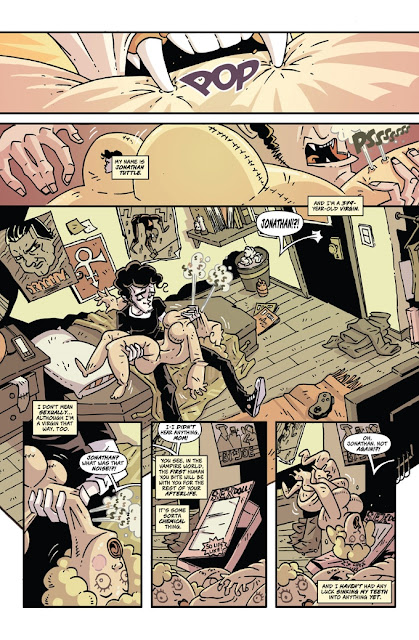 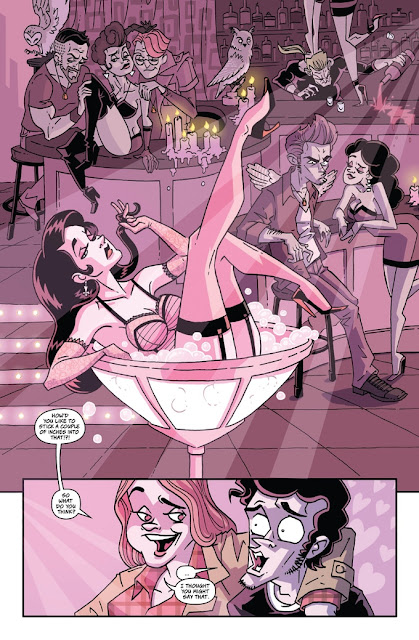 And here's a sneak peek at the cover of Issue 2, which shows off Dallas' love for the one and only PRINCE, with an homage to the Purple Rain album cover art. 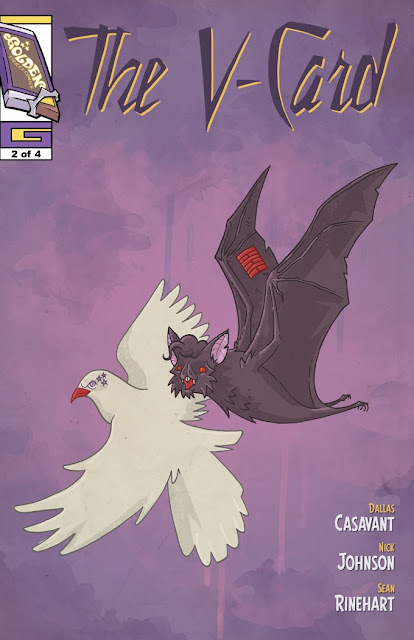 As I mentioned, BOTH issues will be available at the Edmonton Expo this very week.

Also, Dallas has started up a Kickstarter page to help fund the completion of Issues 3 and 4 (which I have already begun to draw) and it would be so awesome of you to take a peek at the site and, heck, make a pledge if you are so inclined. There are some really fun rewards! And there's a sneak peek at the MOTION COMIC of V-Card that is currently in production. Very cool to see my art in motion. Maybe I should get into animation... I'm sure I could take that on and still live a balanced life....

See you in Edmonton this weekend!
Posted by MR. NICK at 9:53 AM