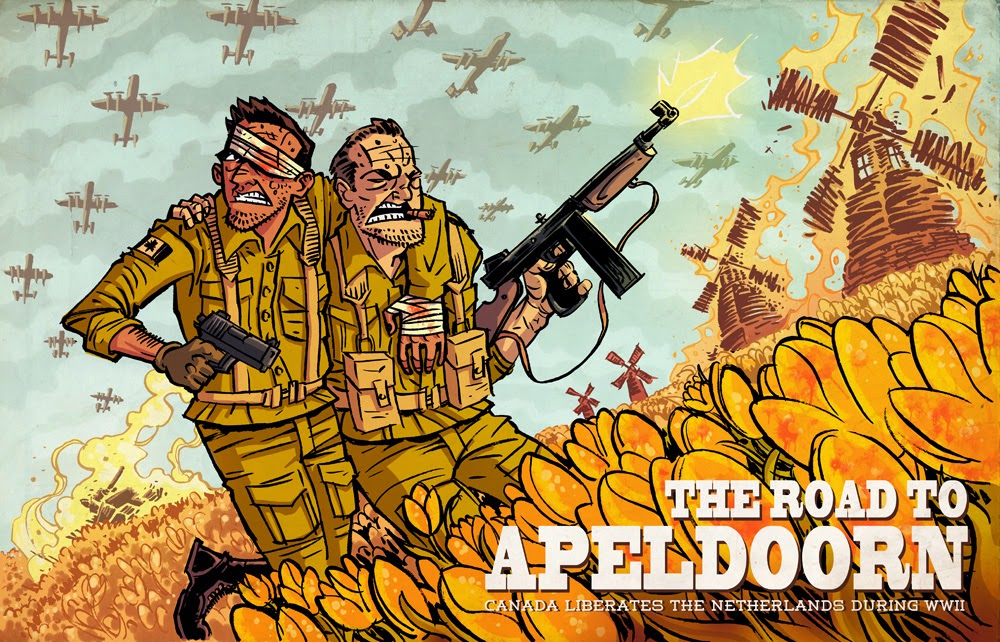 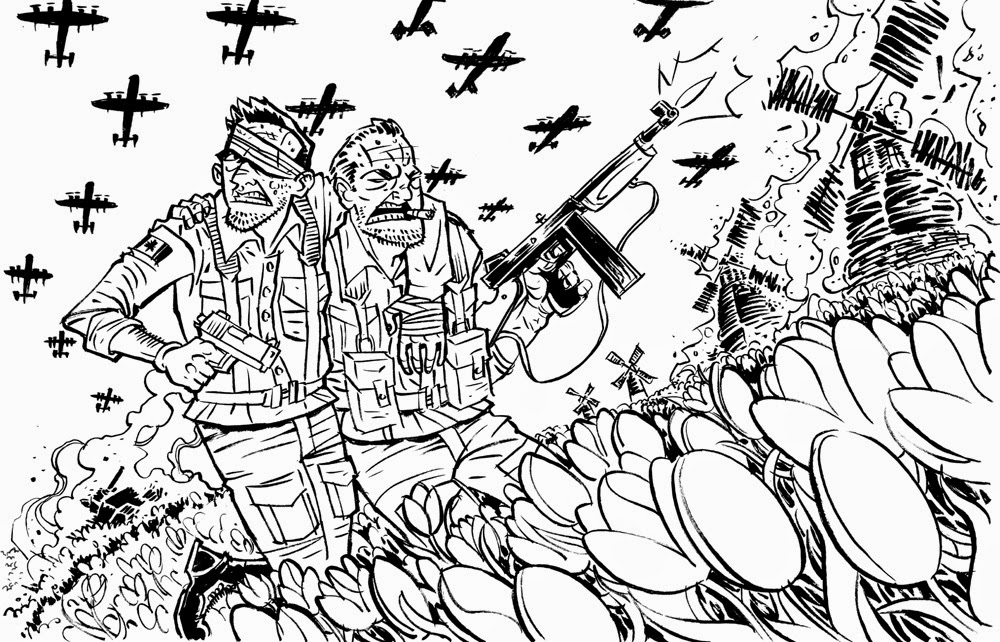 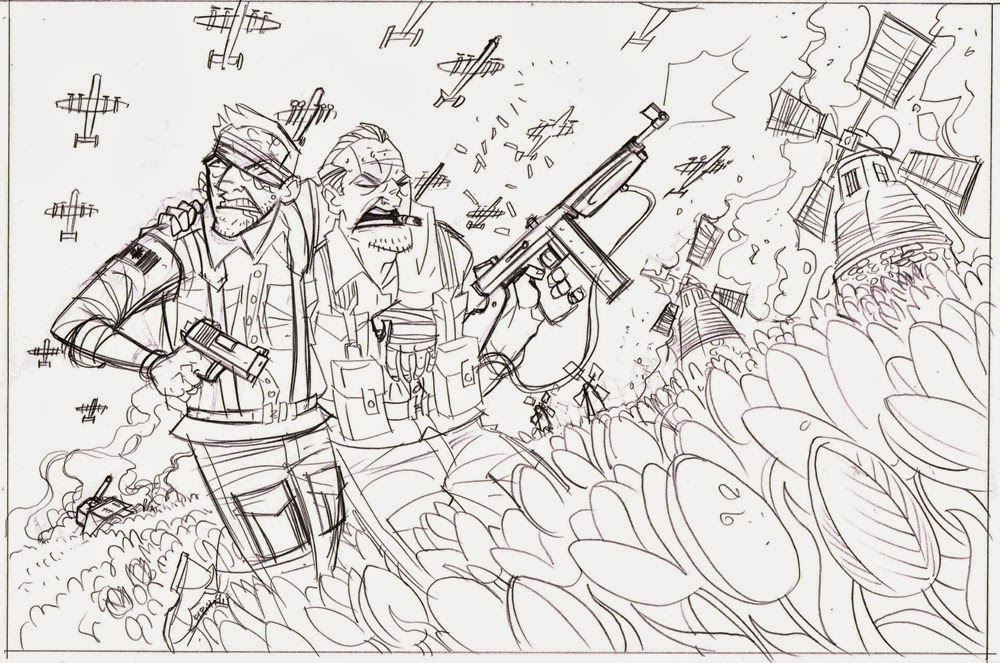 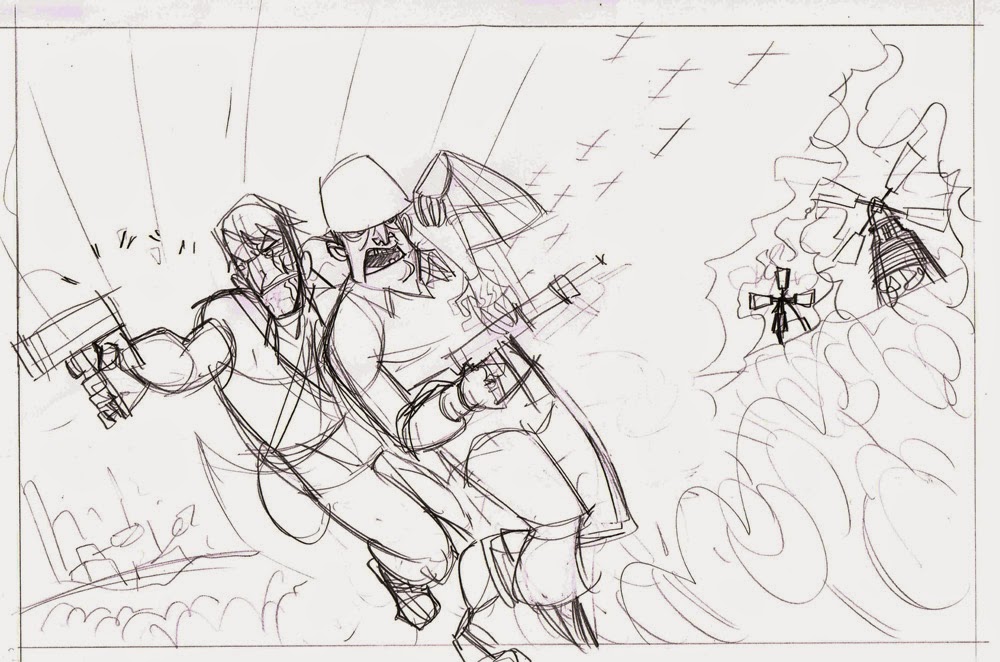 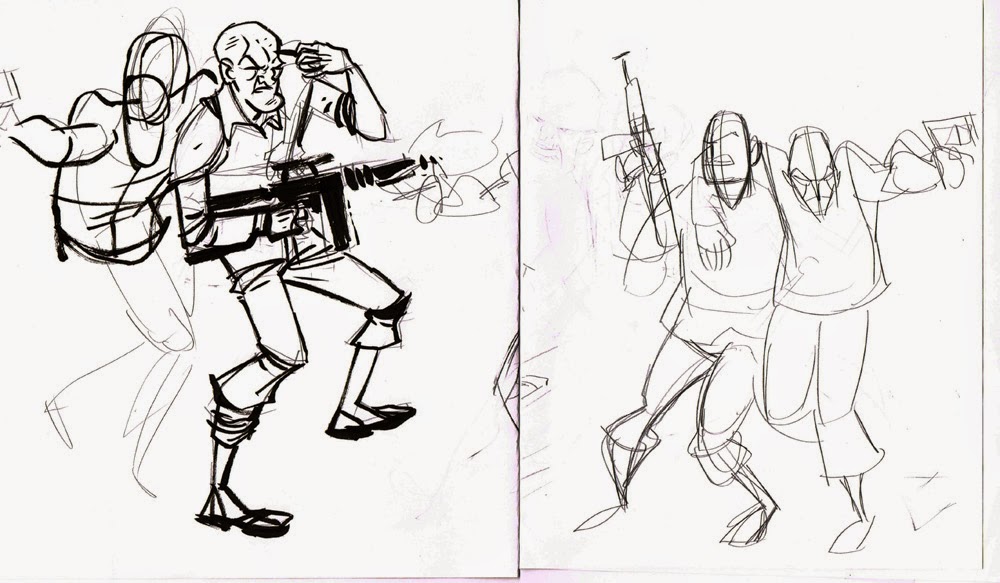 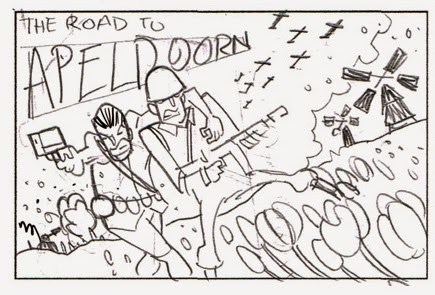 War stories are a main staple of pulp comics and books so I did some research into Canada's role in the second World War, searching for an historical event that I could add some of the pulp flare to. I stumbled upon Apeldoorn, a key battle in the liberation of the Netherlands, an event for which the Dutch people still donate 1000s of tulips to Canada annually. More details about the battle can be found HERE. The image of blood stained tulips and flaming windmills popped into my pretty early, and I knew they would be perfect for an action packed war tale.

The pose of the two main characters was definitely the biggest challenge for this one. I always do photo reference but I really should have nabbed a couple friends to photograph together because two spliced images of me holding me just didn't really cut it. I honestly think the earlier sketches have some better posing than the final but I'm still pleased with the final image, especially the colours.

And with that, the CANADIAN PULP series is complete. It was a very rewarding experience and lots of fun working with the Art Director of FFWD magazine. Hopefully I'll have an opportunity to create more work for them soon.

As we are nearing the completion of 2014, I've been reviewing all of the work that I submitted this year and I'm pretty pleased with the output. Wish I could post some of the pages of pitches I've been doing but that is all still in the air. Perhaps 2015 is the year they will find a home!

But until then, I have one more art bomb to drop. On Christmas Day. A special holiday treat for all you lycanthrophiles out there.

Excellent, thanks so much, Chris!