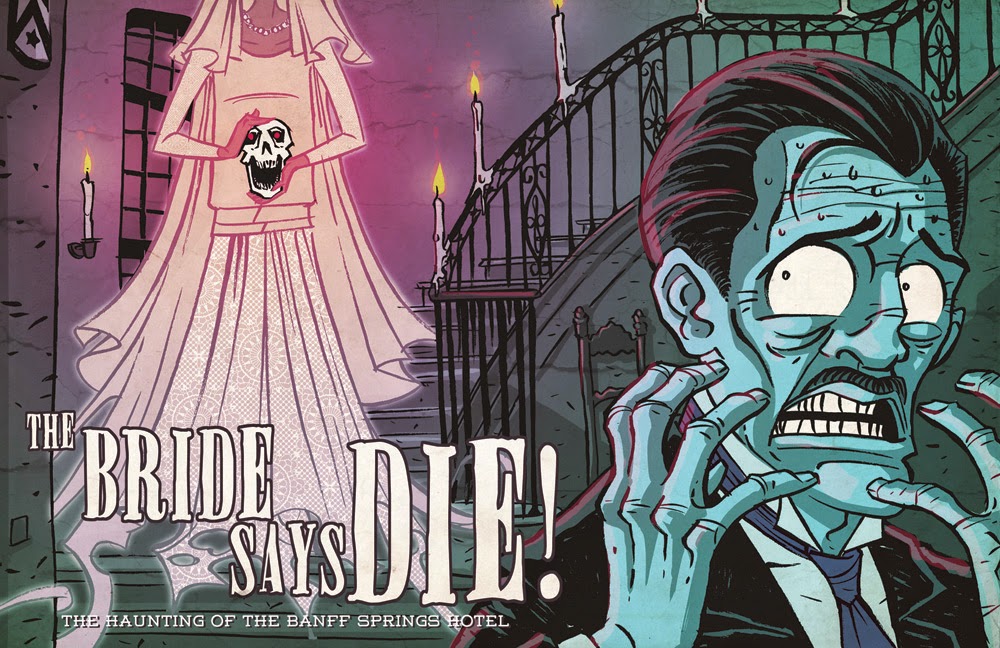 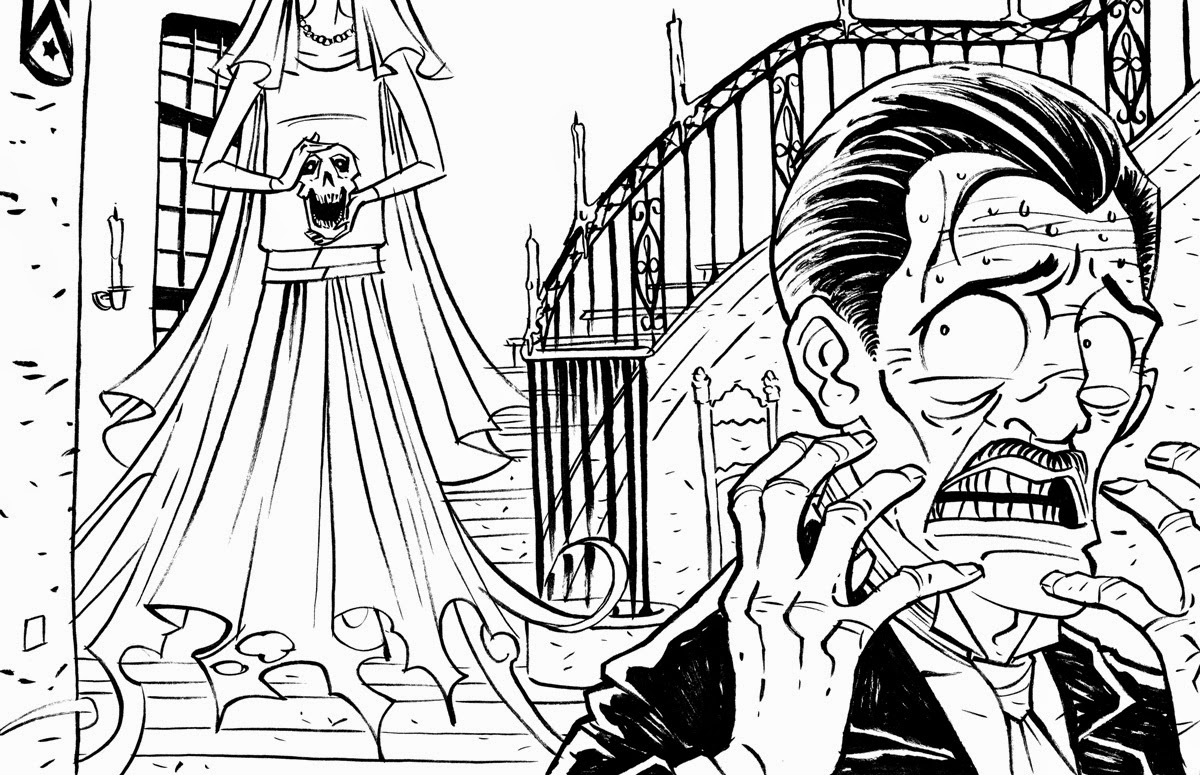 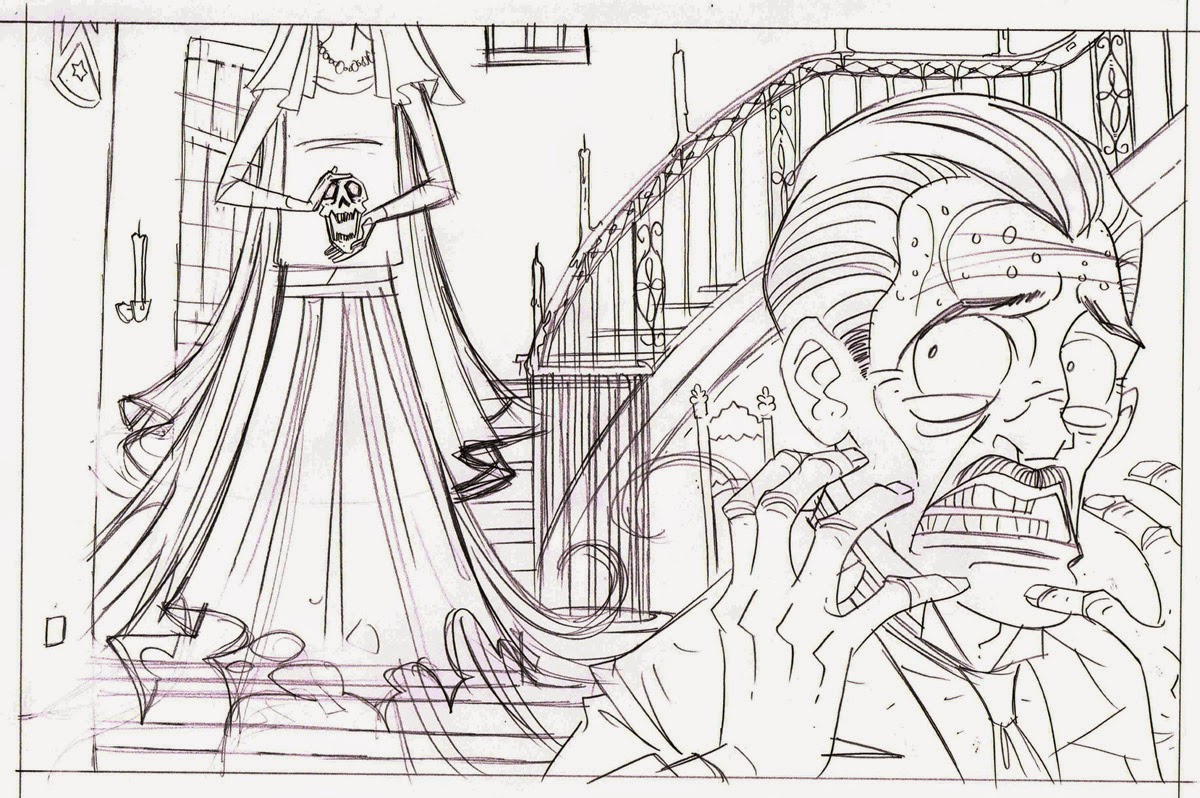 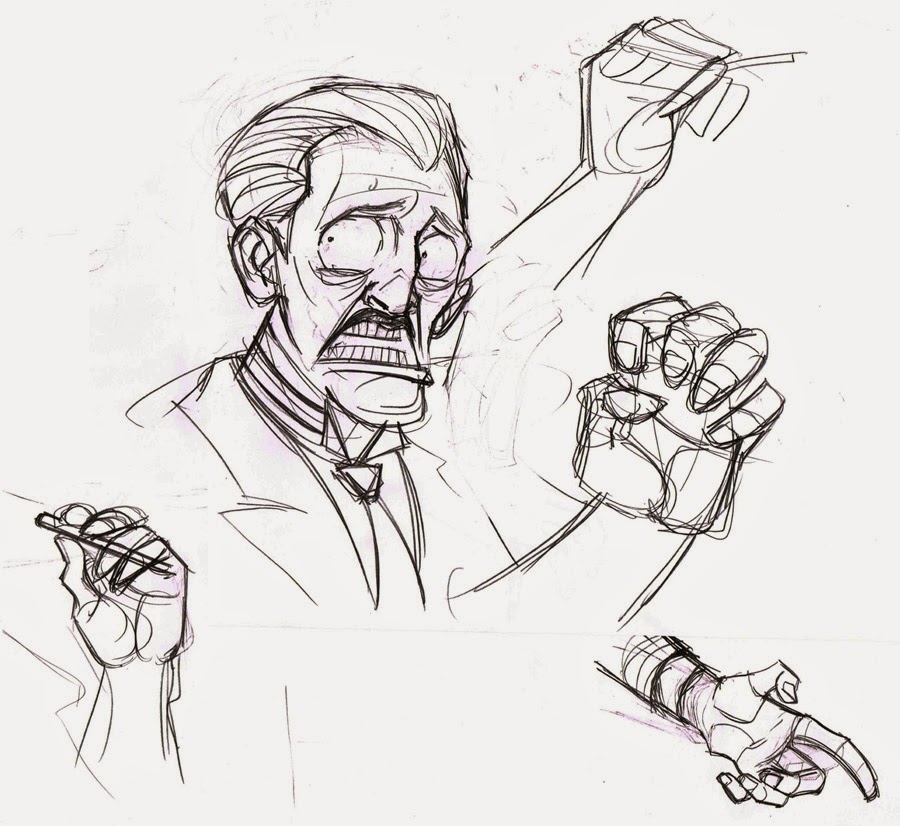 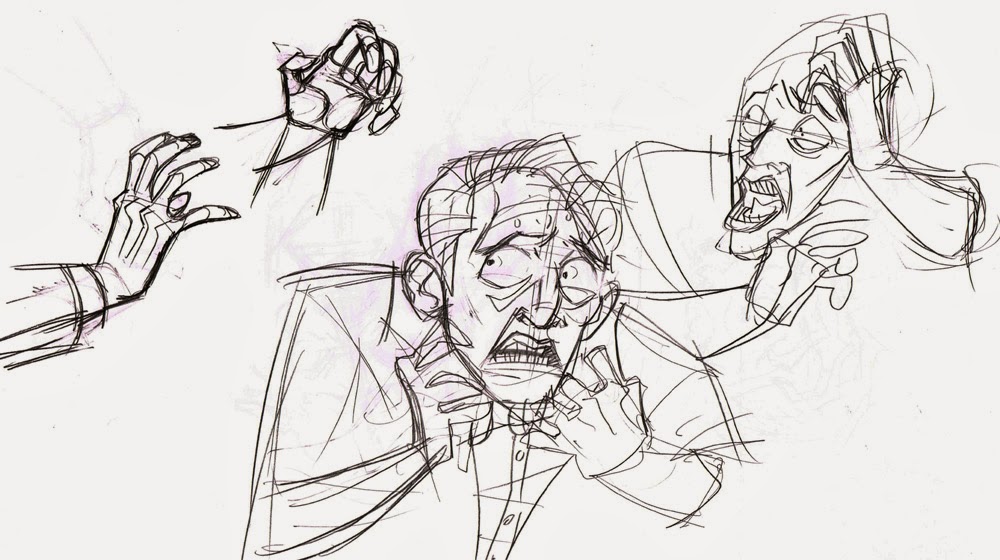 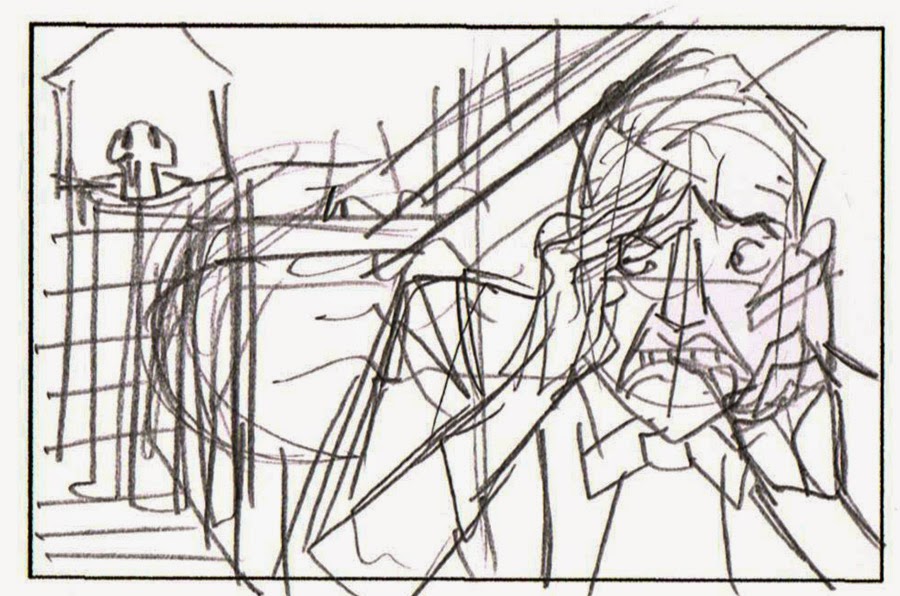 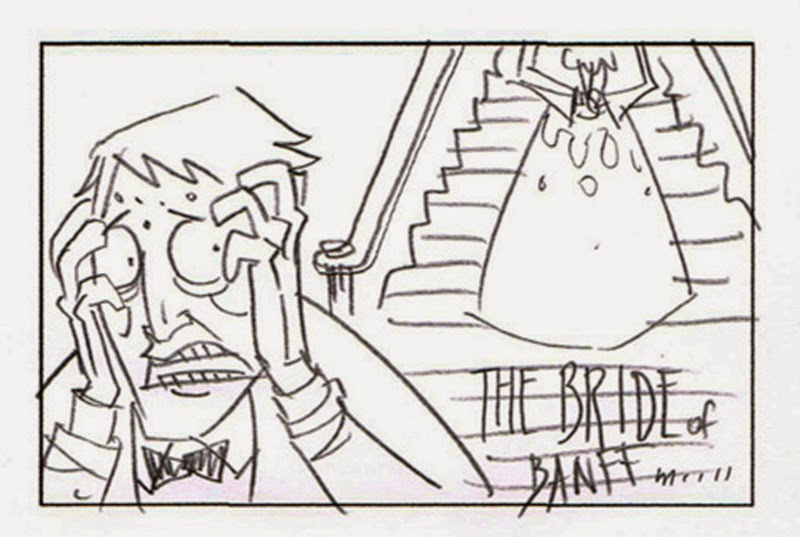 There are plenty of great ghost stories in Alberta alone, but one of the most famous is that of the "doomed bride" of the Banff Springs Hotel.  She was even featured on a collector's coin created by the legendary Mr. Sam Weber. There are several different version of this story and I sort of combined them all together for this pic. I really wanted it to be a period piece, to reference old school horror films, and really convey that gothic, ghost story feel.

I also wanted to create a piece that focused very closely on a character's face, letting his expression convey the horror of the situation, more so than some grotesque image. I did a lot of sketches trying to push the facial expression and the hands of our haunted groom. I really like the title for this one too...not necessarily the typography though... so damn tricky.