Of Elephant Men and Homage: A 2nd Year Look

The clock is winding down on the second semester of my second year at ACAD and there's lots of new and different stuff that I have yet to post, so here's a first look.

These first two pieces are for Typography and Comm. Design, both created in Illustrator, both an homage, one to the inventor of the Futura font (my current fave) Paul Renner and the other being a throwback to the Art Nouveau style of design. The Don Juan poster is not officially for the Trouts, it was just the subject I chose for the piece. 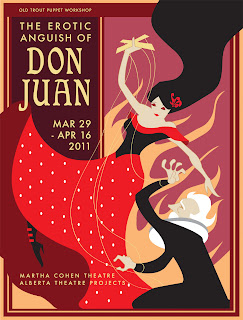 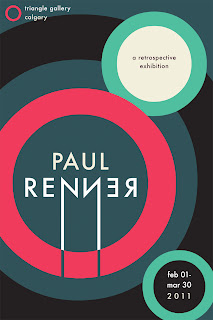 The final project for Anatomy was extremely intensive and involved the creation of a human/animal hybrid from the bones up. Soooo much reference and redrawing was done on this sad, old, elephant bastard and I really had to mess with the muscle and skin structure to accommodate the skeleton I inked first, which is unfortunate because my original roughs looked damn good. The skeleton was inked on illustration board with the muscles and skin lying on top on sheets of mylar.

Anatomy was probably the most beneficial class I've taken the whole program so far. 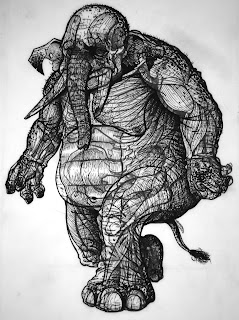 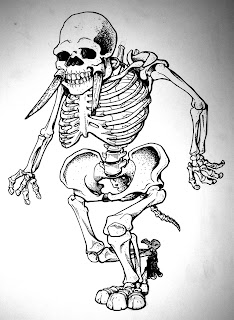 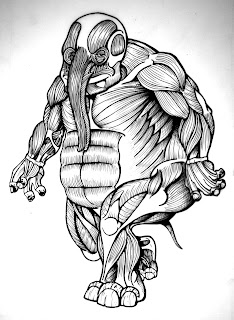 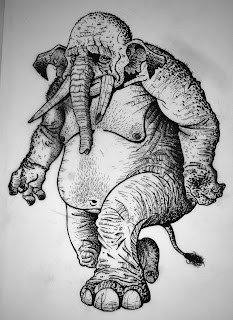 I've also added a couple new blogs to the Other Who Rock list: my old pal Drewby G, who is as amazing as ever, creating adorable and wonderful illustrations galore. He's also a great animator too. And Lyndon Navalta, a fellow 2nd Year Illustration student who is so good it makes me hate him. In a good way.

Have you told your eyeballs you love them today? Check these guys out!
Posted by MR. NICK at 10:10 AM

Incredible! Does it amaze you to see what you're capable of?

Holy crapness. To be honest, seeing how awesome these pictures are getting makes me angry, exhilarated, jealous, sad and super-pumped all at the same time, heh heh. I'm gonna have to do some serious leveling-up if I want to keep pace (But don't you worry 'bout a thing, chum, I'm already on top of things and leveling-up as we speak, heh heh). But yeah - the colour choices in the two design pieces are rocking my world. I'm almost certain I've said this before, but a 'trick' that people sometimes use to create "colour harmony" in an image is to use more 'dull' colours (which they achieve by de-saturating their colours, tinting them with another colour or just choosing unsaturated colours in the first place) because by dulling them, you're bringing all the colours closer together - which, while it can look really beautiful and harmonious too, generally has the side-effect of killing the "vibrancy" and visual "punch" of an image, because the colours aren't as bright. But in those two design pieces above, it looks like you jumped in with really bright colours (the pink looks like actual "pink" and the red looks like almost-actual "red") - and all the colours still ended up looking great together. No easy task to harness colours in such a powerful form like that, but you did it well. And the brightness was appropriate, of course, seeing as how these images are supposed to be eye-catching posters. I'm completely talking out my ass about colours right now and totally lost track of what my original point was supposed to be and I'm starting to think that what I said was silly because there's so much to know about colour but in the end all that matters is whether or not something looks good - which these do, haha - so I'm just gonna stop myself there, haha. Keep pushing yourself, keep getting better! You're gonna be the King. Seeing this stuff is just pumping me up to get better myself. Rock!

Fiona - Yes, I love that art school is giving me the opportunity to try all this new stuff. Its really testing my limits and pushing me into unexplored territory.

Cognoman - Congrats on winning the "Longest Blog Comment Ever" award! Thanks for the encouragement, man. Glad you're digging the colors and I definitely agree that I should be trying more subtle colors, but I tend to gravitate towards the more saturated.

I really dug your stuff from the February Challenge, really nice, though I only saw the first half so far. I'm gonna check it out right now.

aheh...*cough* no need to check out the second half. I was sputtering on fumes towards the end and am not proud, heh. But thanks, gentle man. The stuff I'm getting excited about right now is digital painting. Painting is a whole new world, but I'll save THAT 20-paragaph rant for another blog comment, heh heh (I'm hoping to try making a painting for that Maple Ink book thing). Good luck with finishing out 2nd year. They say it's the hardest one, but it looks like you've almost made it through alive!
(unless you're actually not alive and this is just Chad posting under your name, in a deliriously endearing, demented attempt to keep your spirit around)
(in which case: thanks Chad, don't stop! And post more Nick art too, when you get a chance!)

I have enjoyed so much. Thanks. Good luck.

(It is so weird to me that I can bump into stuff like this. It's not like you talked to me directly, but it must be real (for me, anyway) cuz I'm affected, influenced, changed/ bugged enough to respond.) Loved the design, and the rendering.

Thanks, Shuffleboard Bill! (Best username ever!)

God bless the internets for the cornucopia of awesomeness that one can find randomly. Thanks so much for the comments!