April is always an exciting month because the Calgary Comic Expo explodes into our lives with the force of a hurricane. Everyone is hustling and bustling to get comics, banners and pinups ready for display; preparing their bodies to endure four long days of hawking their wares, chatting with cool comic fans and having one or two drinks at the local mixers. (I seriously can't wait for that last one ;) 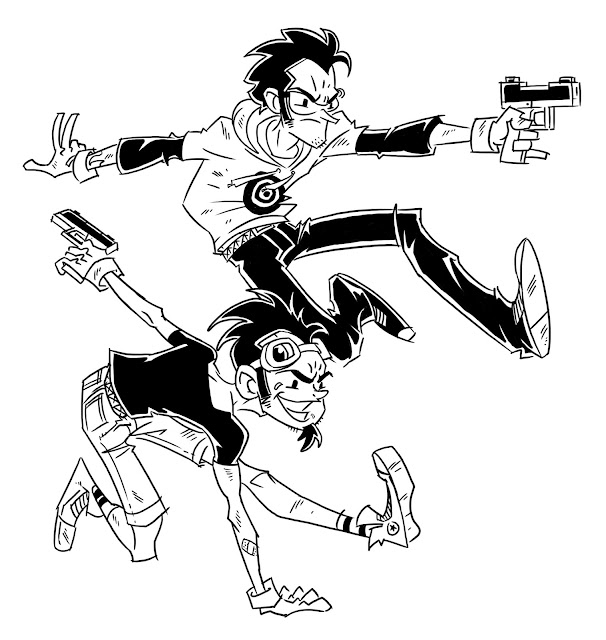 I wasn't sure I was going to be able to attend this year, and I had convinced myself I was okay with it, but then my salvation revealed itself in the form of two shining angels, descending from on high, like fallen Lucifer with arms full of Jolly Ranchers: Steven Charles Rosia and Stacey Bru.

They had some space at their table and were willing to share. So I will officially be at the Expo this year, and I am ecstatic! Chatting with table mates at a con is always a highlight, and I am delighted at the chance to shoot the proverbial shit with these two brilliant, young comic talents. Stop by for a visit at TABLE O12 in ARTIST ALLEY.


Anyone who has known me for awhile is probably aware of my first complete mini-series, The Art of Dodging Shadows, that I released in 2003/2004. It was four, black-and-white issues chock full of cheap laughs, punk rock, and ultra-violence. It's been out of print for quite awhile but, after some gentle prodding from various people, I decided to collect the series for the very first time in one volume! 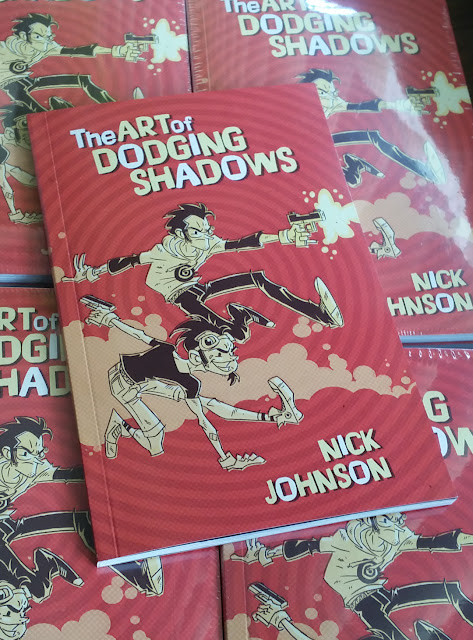 It is a digest sized black-and-white book featuring a new cover by yours truly, an intro by my pal, and collaborator, Jason Mehmel, and a very lengthy afterword, by myself, which serves as a retrospective looking back on the work twelve years later. Oh and there are some pinups too!

It debuts at the Expo this year. The first print run is very limited, so if you're interested, try to drop by nice and early!

Twice a year, me and my Septembryo comic pals, Mike and Roberto, are invited to CJSW by our friend Kibwe, who runs the show Off the Map. We get a chance to talk comics and movies and then listen to some sweet music. We just did another show a couple weeks ago wherein we chat about the Expo, weigh in on Batman v. Superman, and Kibwe plays some fantastic tracks: listen to the episode HERE. I'm also very excited to announce that the Off the Map crew will be hosting a panel at the Expo on Saturday, April 30th, all about Music and Comics!

The other big news is about the upcoming Comic Creator Festival being put on in June by Panel One. Wait, what?! You don't know Panel One? Oh my god, you gotta join up! It's for all comic creatives in the community looking for a place to meet fellow comic peeps, and their Comic Festival is going to rule. I was part of a super fun podcast discussing the festival and more, with the We Talk Comics crew. It was a really fun time, and you should definitely give it a listen HERE!

Oh look! Another Alpha Comics Cover Challenge! Have I mentioned how frigging enjoyable these things are? So great to draw with like-minded folks and get inspired by their great art. This time the challenge was promoting a local play about the man, the myth, the legend, Jack "KING" Kirby himself, directed by my aforementioned pal, Jason Mehmel. I believe the play still has available seats so click HERE to get them now!

It's always a blast working with Kirby's characters, so much dynamism and crazy design going on. My shot at the Challenge is pictured below. Congrats to my mad talented pals who won the challenge, you can see all of the entries HERE! 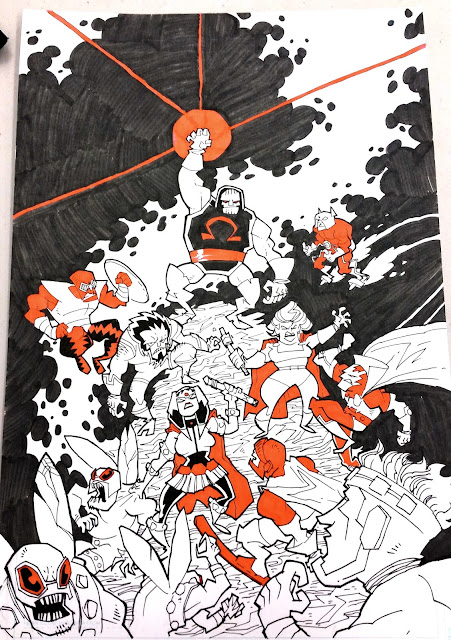 And just to finish things off, seeing as how there were way more words than images this time around, here's a look at some concept art I did for my pal Doug Cook who is pitching another great looking music video. Fingers crossed ! 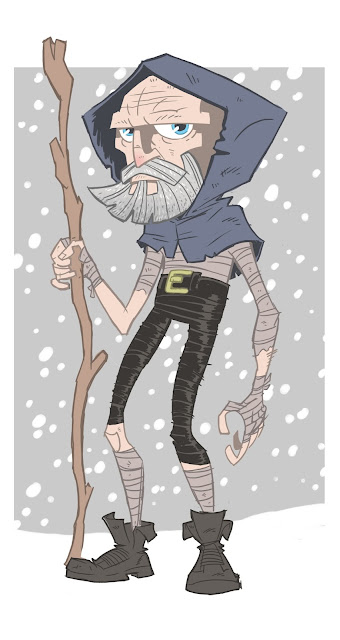 That's all for now, friends.

Can't wait to see all your shining faces at the Expo, be it during the bright, blessed day
or the dark, sacred night.