Jason Mehmel's Fight Comics: Volume 2 was released last April at the Calgary Comic and Entertainment Expo and I was very excited to have a story featured within. Vol. 2 features work by other great local artists Ben Rankel, Jackson Gee, and G. Gerald Garcia. You can read the story online HERE.

Here are the pages sans text. 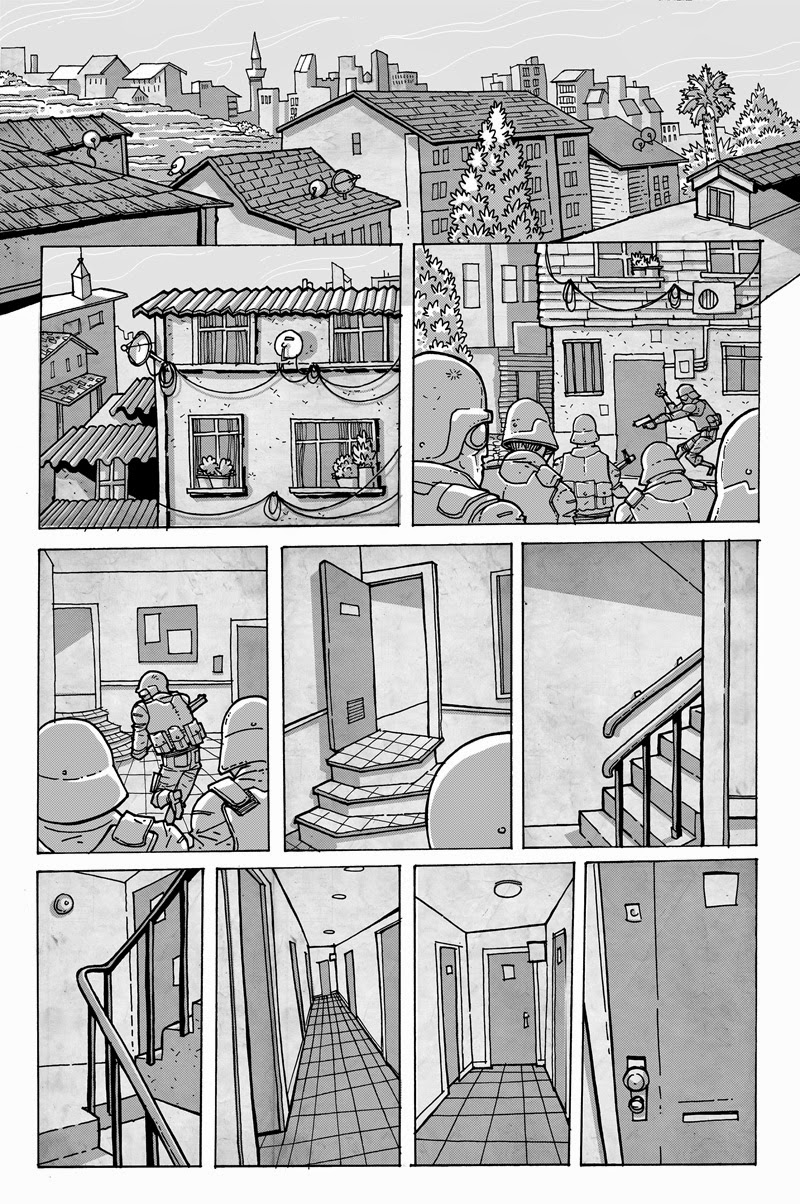 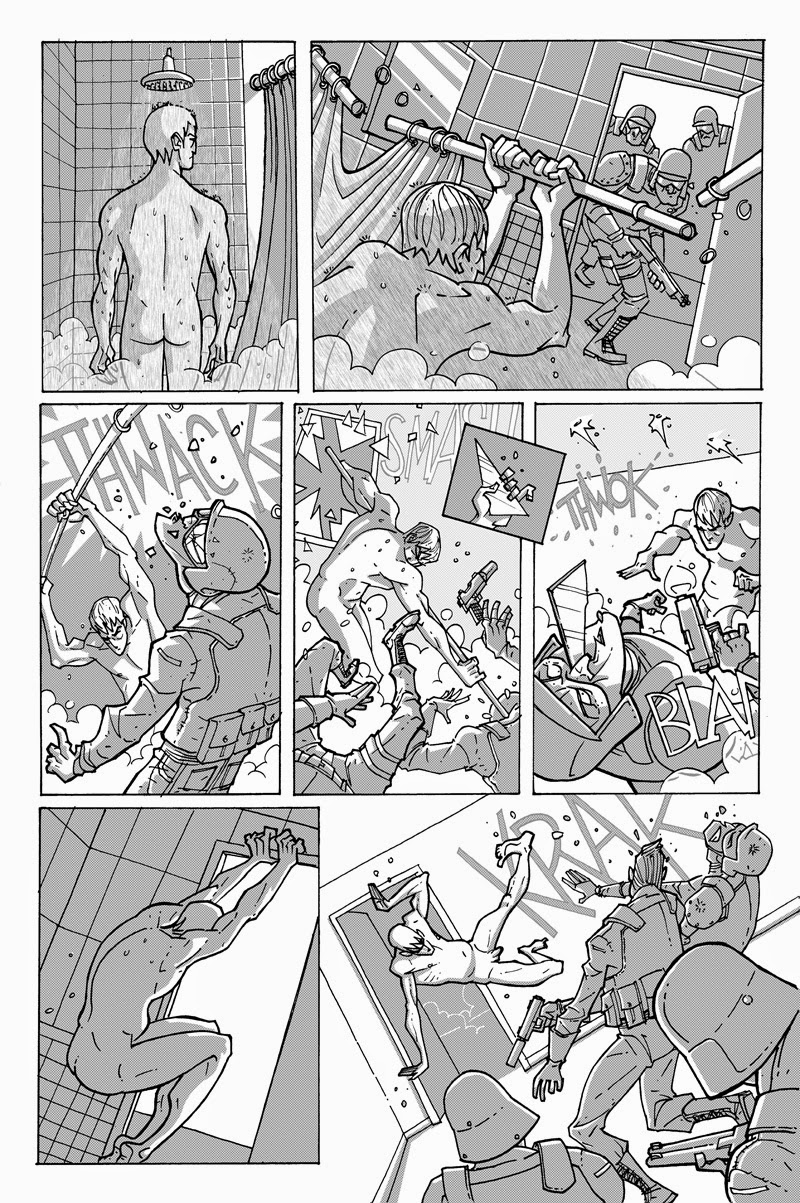 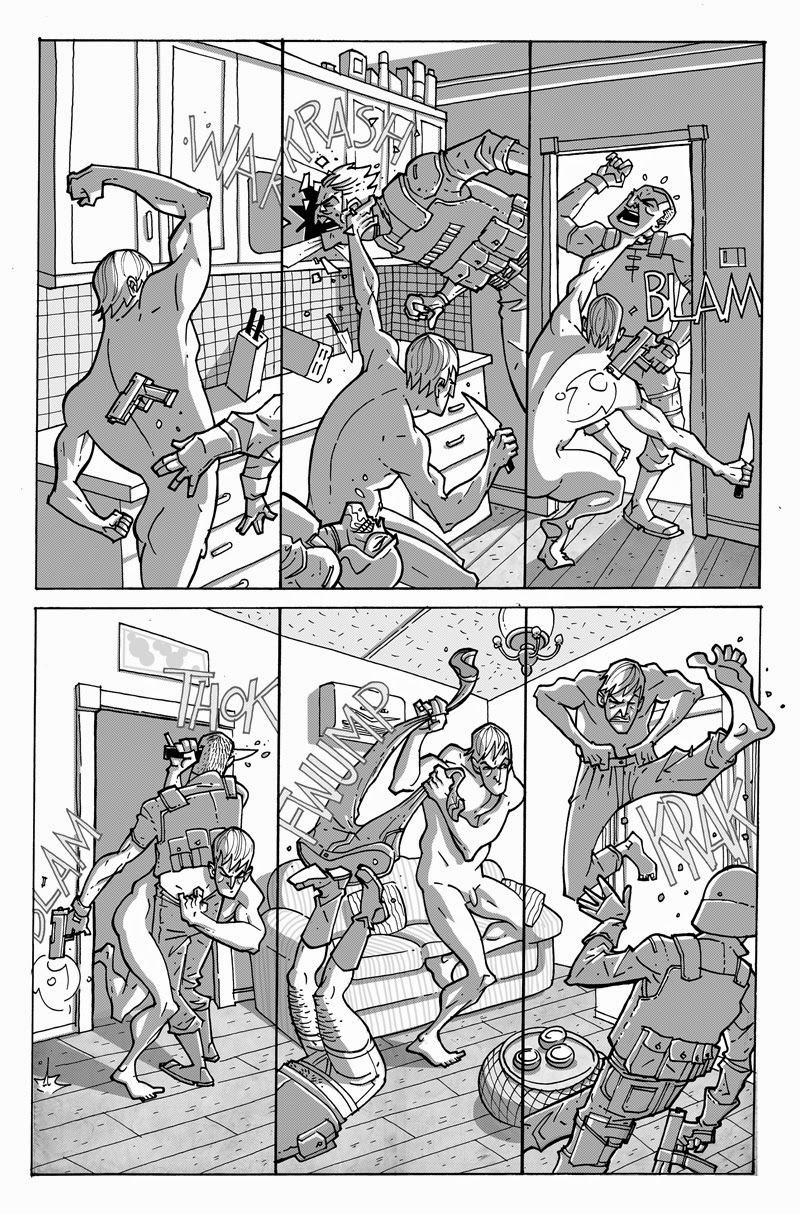 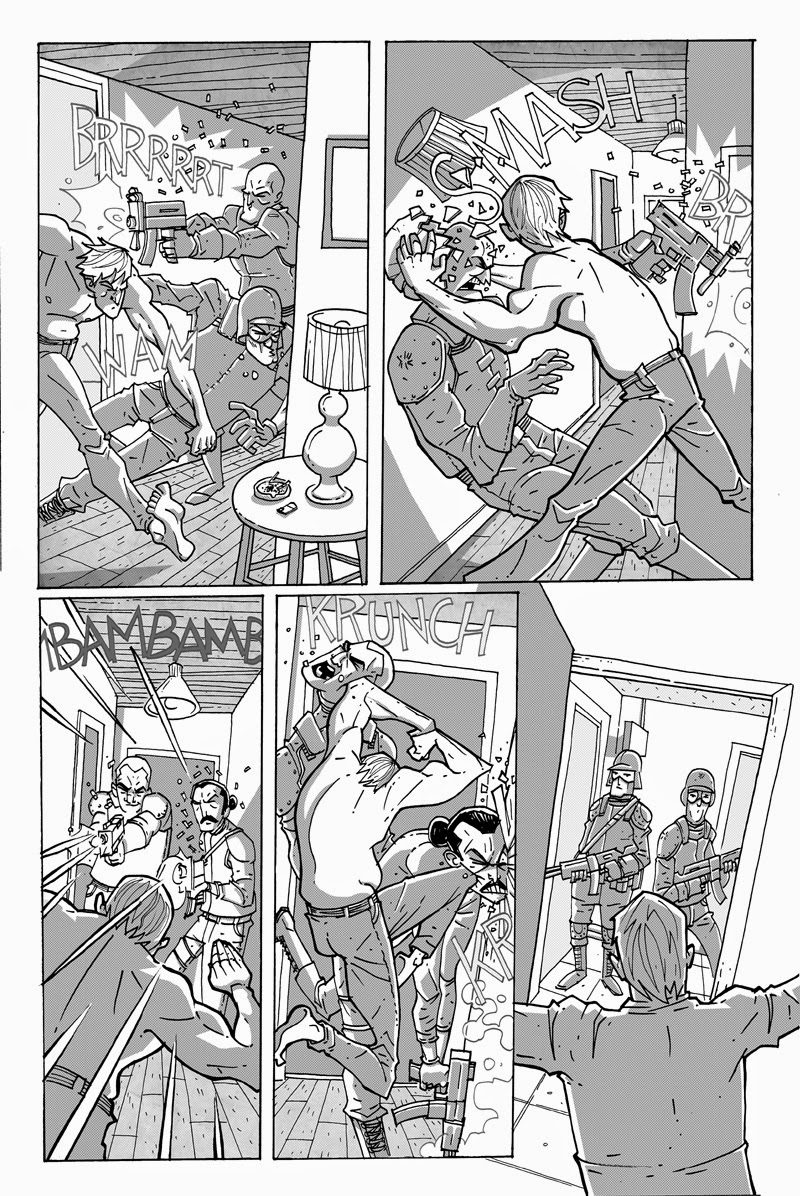 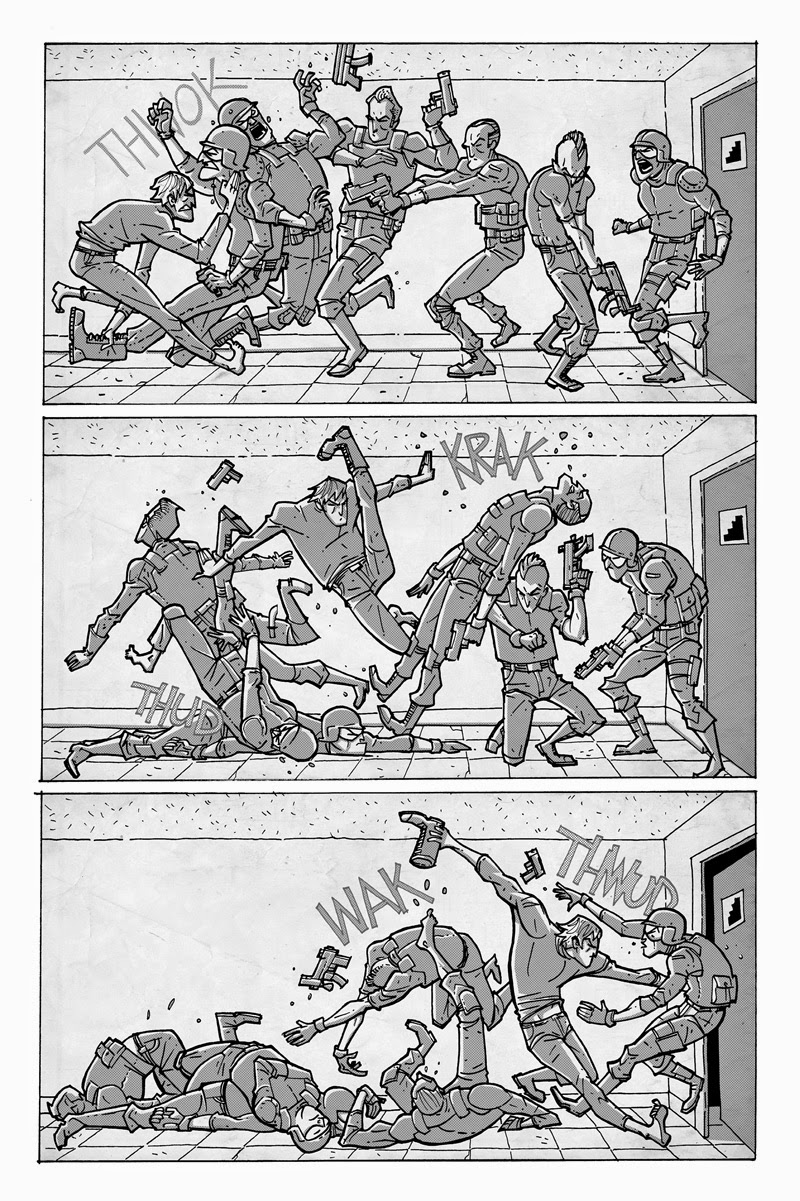 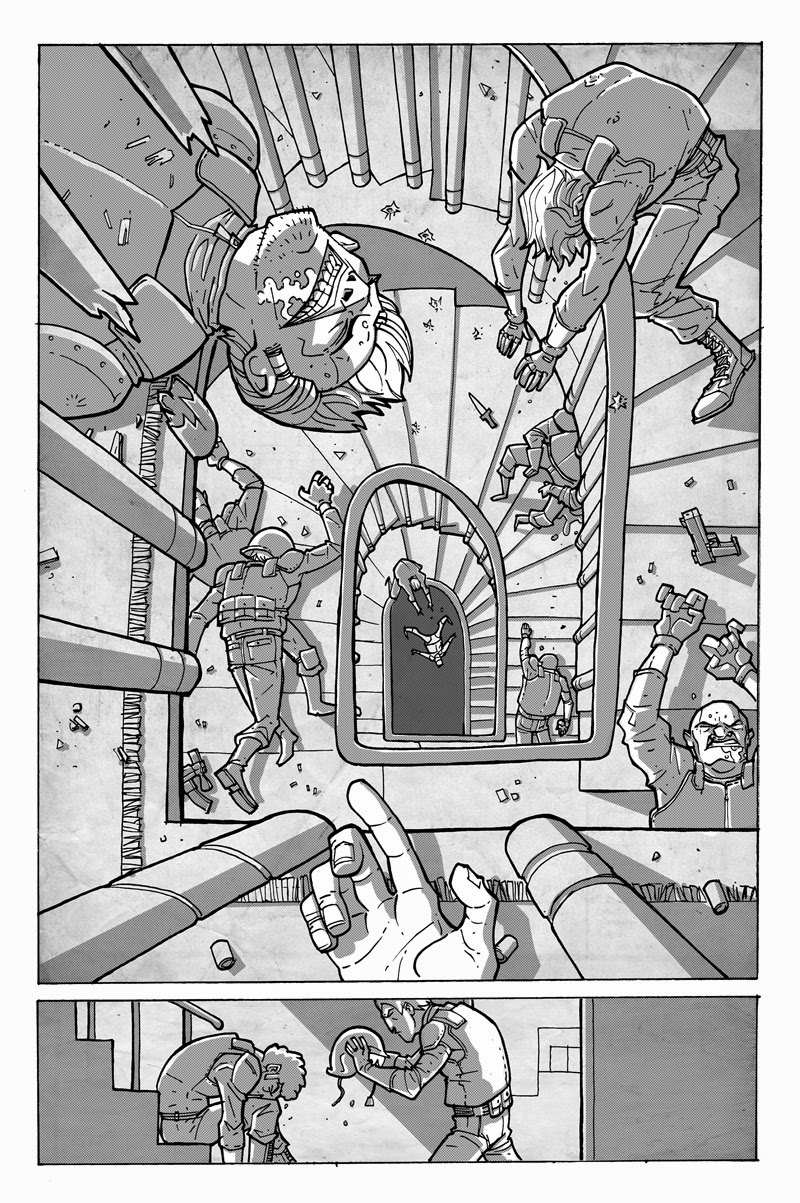 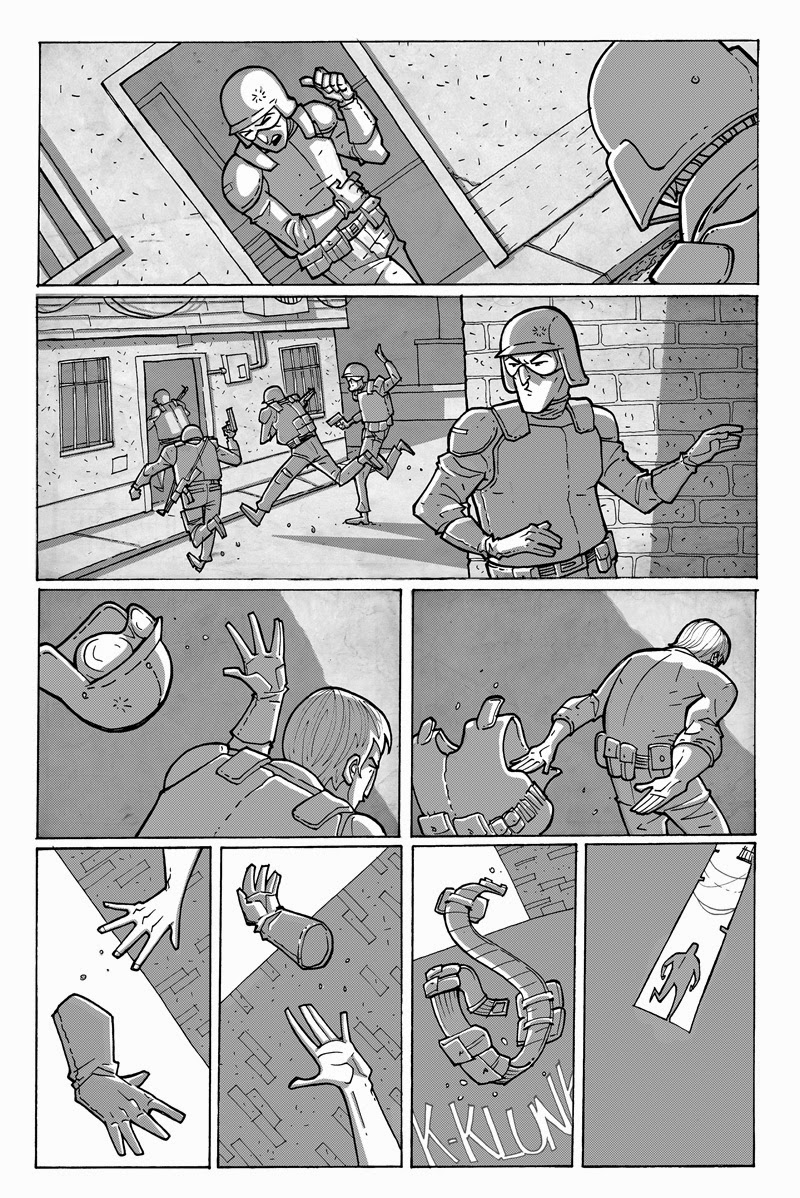 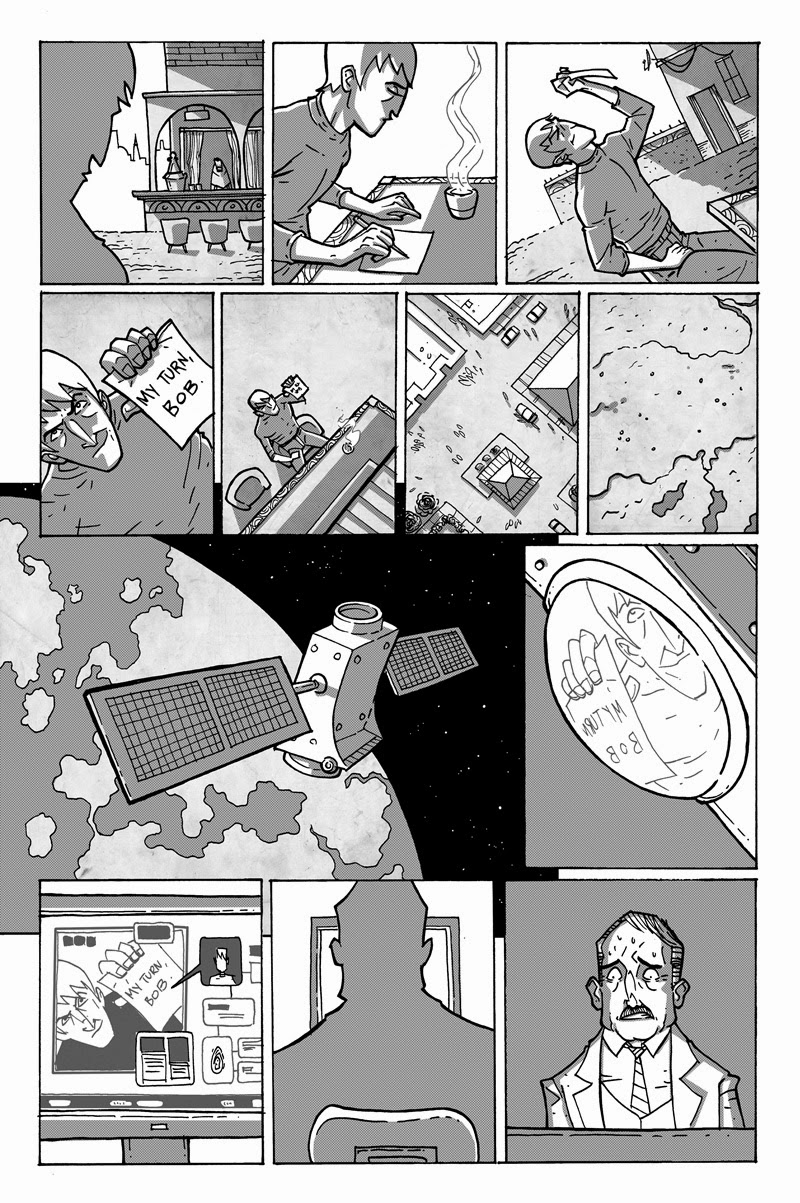 My goal with this story was basically to fill it with as many figures as possible, using various action techniques, each move should lead to the next. The added bit of fun was having the lead character dress himself as he fought, which complicated things exponentially, but made it a hell of a lot of fun. 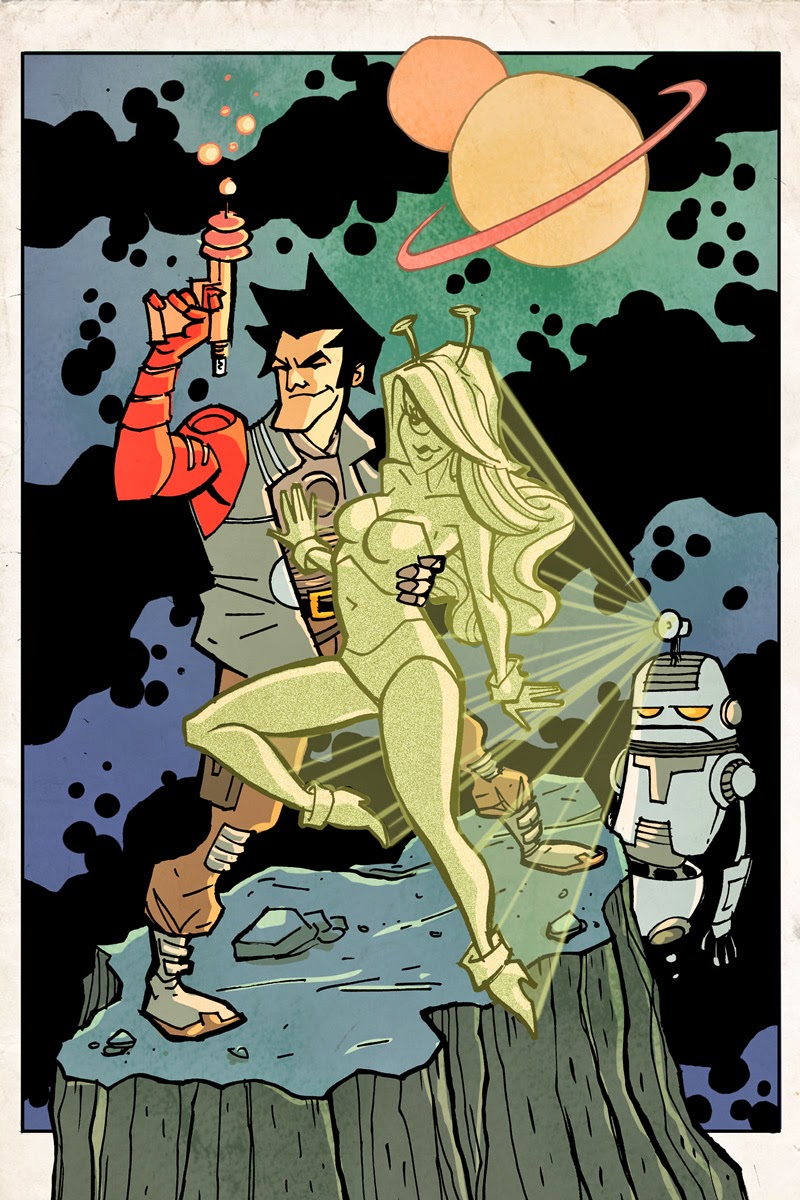 I'm still hard at work on the Dash Bradbury pitch, but in the meantime, one of my collaborators, Jesse Young, has launched a Kickstarter campaign for his anthology Here We Go! It's a great collection of comic tales with some fantastic art that stretches over several genres. Visit the site and show Jesse some love!

The next six weeks will be pretty exciting as I have an illustration series running in FFWD magazine. I will post images as they are released, along with a peek into the process. I've been wanting to draw for FFWD for so damn long, I just can't wait to show you what I've done up to for them. Stay tuned!