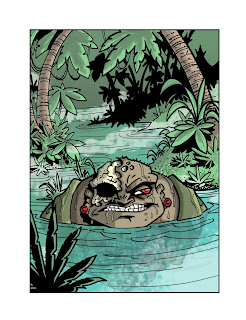 Looong time since my last post, but the Summer is busy with work, trying to pay back debts incurred during school and in preparation of upcoming debts for next year.

Debt shmebt, school starts in less than a month! YES!!!

Anyways, art wise, I've been mostly busy with commissions which always seem to focus on subjects who are atrociously cute or ridiculously crazy.

This first pic is yet another piece for GRIMZEN who now have quite the recurring character on their hands. Buddha dude is so much fun to draw and every pic seems to get a bit better than the last. I really fucked up some of them trees though... and in some sort of Freudian display, I accidentally rendered what looks like a pot leaf right smack in the foreground. 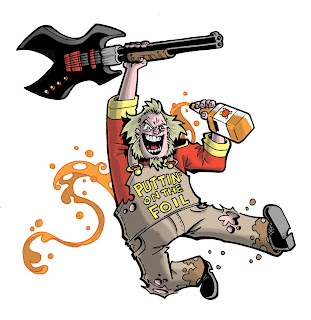 This piece was for Puttin' On the Foil and is modeled after the band's front man, Kevin. He actually does look like this character, although he looks a little crazier in real life:) 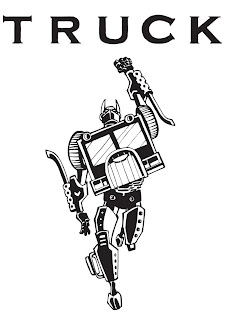 This is for the local Calgary band TRUCK and is an obvious reference to Mr. Prime, and will be gracing some T-shirts for the band some time in the near future. I love seeing my work on people's chests. Some people more than others...

And finally here is a pic for a pitch that a friend is making for a potential kid series. Giving a dust fleck personality and cuteness? Why that's a challenge and a half.

Huge eyes and the slightest gap between his two front teeth.

Some past Drink n Draw sketches are on their way...